It’s not a Volvo. At least not according to the badge on the front. Two opposing V-shaped accents on the hood signify a new brand: Polestar. Actually, though, Polestar isn’t even a new brand. It’s been around for decades as an aftermarket arm for Volvo vehicles, before the bigger company acquired the little to make in-house hot Swede machines, and now it’s a standalone car company under Chinese automaker Geely’s ownership.

Its first car was the Polestar 1, a rare, carbon-bodied, plug-in hybrid coupe with just 150 copies allocated for the United States per year. But the brand’s second car, the unimaginatively named Polestar 2, should be much more common. Thanks to its parent company, Polestar can take the best of Volvo’s technology to implement into their vehicles. This leaves the Polestar team free to tackle the important bits such as chassis dynamics, body design, and infotainment.

The $59,900 Polestar 2 sits somewhere between a sedan, SUV, and hatchback. Polestar says this is actually a fastback, but we think it leans more towards a hatchback. Whatever the case, this thing looks good. We have yet to drive a modern vehicle that has drawn such a positive reaction from the general public (except, maybe its sports car sibling). As we were cruising through Manhattan on our first drive, we spotted many steal a glance or two in appreciation. In fact, a teenager hung himself out of the window trying to take a photo of the Polestar 2 on his phone.

Digging deeper, it makes sense why this car appeals to the eye. The Polestar 2’s cousin is the Volvo XC40, with which it shares the same Compact Modular Architecture (CMA) platform. While the Polestar 2 has superficial changes, Volvo fixed the main proportions to match the XC40. One thing is for sure – this car radiates positive vibes and shows that the future of EVs doesn’t have to be an ugly one.

The cabin is a modern, well thought out space. Ample headroom, minimalist design, and a large center-mounted touchscreen stand out. The interior is also animal-free – thanks to synthetic materials. Interestingly, aside from the steering wheel, Polestar hasn’t even engineered the materials to feel like fake leather. They have their own feel – think premium breathable sportswear. Polestar calls this material WeaveTech, and it’s available in dark grey or really dark grey at no charge.

This is the first vehicle to feature embedded Android Automotive, Google’s new operating system that leverages native apps and services. The visual layout is specifically adapted to Polestar, however the response time was smartphone-fast. We’ve been complaining for years at how slow, laggy, and unintuitive in-car user interfaces can be. With this new operating system, the car is finally as good as your phone. And with Polestar’s layout, it’s easy to use, too.

Polestar hasn’t even engineered the synthetics to feel like fake leather. They have their own feel – think premium breathable sportswear.

There’s some other trickery as well. Thanks to the built in Google platform, software updates will come to unlock more features. We’re told one of these will be a route planner that automatically selects chargers for a long distance route. It will factor in max charging power, real-time station availability, and location off of the fastest route. The Polestar 2 also will be able to support the new Plug & Charge standard. No more credit cards or tons of apps to pay for charging; just plug the car in and it’ll automatically bill you for the electricity.

We’ll leave the in-depth technical EV testing for our colleagues over at InsideEVs, but let’s evaluate some of the highlight numbers here. First off, range. The European WLTP rates this car at 295 miles of driving on one charge. What you need to know about the WLTP testing cycle is it’s completely wrong… consistently. While the more accurate US-based EPA testing cycle has not been released for this car, we can expect the Polestar 2 to travel somewhere around 250 miles in between charges, which isn’t bad.

Next up is DC Fast Charging (DCFC). Some cars advertise an extremely high peak charging speed (250 kW) but cannot maintain this power level very long. In most cases, batteries charge fastest when their charge level is lowest and, as they fill up, the power backs off to protect the high voltage pack. While we don’t have the official charging curve graph for the Polestar 2, we do know it can charge at a peak rate of 150 kW, which is solid, but we just don’t know for how long. We can predict that the car will start to back off max charging speed somewhere around 30 to 50 percent.

Driving in New York City, it’s foolish to give an inch of room to a car trying to merge or you’re done for. Squeezing through narrow gaps driving the Polestar 2 is easy thanks to 360-degree cameras, a high seating position, and massive frameless door mirrors. Even better is the instant acceleration off the line thanks to a pair of 150-kilowatt electric motors, one for each axle.

With 408 horsepower and 487 pound-feet of torque available instantly, stomping the accelerator pedal when the light goes green results in the Polestar launching briskly, leaving behind yellow cabs in its electric dust. Many EVs have artificially dialed back acceleration from launch to prevent wheel spin and drivetrain strain. This is not the case with PS2 – you get full power from zero.

The acceleration isn’t just good from a launch either. We only had a short time with the Polestar 2, so we headed up to the twisty roads of Bear Mountain State Park. The car made easy work of short passing zones up steep inclines and we have to note the strong power available even as the speedometer climbed.

Impressively, the cabin remained free of excess wind and road noise even at highway speeds. Compared with rivals such as the Tesla Model 3, the Polestar has much quieter electric motors that don’t zap your ears with high pitched electrical noises every time you go deep into the go pedal. And while, on paper, the go-fast numbers aren’t as impressive as its Silicon Valley rivals, we never found ourselves wanting for more power on our back road blast.

However, it’s not all good. Limited rear visibility courteous of the fastback design hindered our ability to see clearly out the back. And while acceleration was more than adequate, the accelerator pedal tuning was quite soft from initial tip-in. Getting up to speed smoothly required relatively deep pedal applications that lead to unpredictable, hard-to-manage power control. The transition from consistent cruising to neck-snapping power comes at a very narrow distance level mid way down on the accelerator pedal leading to occasional unexpected big bursts of power.

One Pedal, Not Two

Polestar includes three settings for the strength of regenerative braking to accommodate all drivers. Of course, the standard key-up setup is full Regen all the way to a dead stop, also called one-pedal driving. This worked incredibly well during our time battling inner city traffic, ensuring that we only had to use the brake pedal for hard stops.

And when you do have to slam on the anchors, oh boy, are they effective. Included in the $5,000 Performance package, which our tester carried, are gold, four-piston Brembo front brake calipers. Polestar worked in conjunction with Brembo to create a low-drag, high-performance caliper specifically for electric vehicle applications. While we were not able to conduct efficiency or range tests during our short time with the car to verify this low drag, we can say that the braking system is extremely resistant to heat build up and yields a firm and confidence-inspiring pedal feel.

Also included in the Performance pack are upgrades to wheel, tire, and chassis. There is no difference in the drivetrain, though, between the base car and the Performance model. However, for the driving enthusiast who also wants a lifted electric hatchback to carve canyons, we have to recommend this package, and it’s not just for the gold seatbelts.

Equipped with gorgeous, lightweight Forged 20-inch wheels wrapped in Continental SportContact 6 rubber, the Performance pack car we drove had sharp turn in, great mid-corner balance, and was able to put its full power to the ground on corner exit without any drama. The Ohlins Dual Flow Valve dampers feature 22 manual adjustment points on all four corners. We’ll repeat: manually adjustable Ohlins dampers on an out-of-the-box electric family hatchback. How cool is that?

The magic of those fancy dampers really stood out when we hopped in the standard car for a quick drive. Surprisingly, Volvo engineered the base 2 to be firm – even firmer over small road imperfections than the Performance pack. It was only when we hit large road undulations or threw the car around corners that the extra body roll and less controlled chassis movements show themselves. With that said, for many who are buying a Polestar 2 as a daily commuting device, the standard car will please almost every driver with a compliant-enough ride for the highway commute.

It’s clear to us that Polestar is not chasing the market share of other popular EVs, but is going in its own direction. After evaluating the specs of the Polestar 2, it doesn’t really come close on paper to the Tesla Model 3, offering less range, slower charging speeds, and weaker acceleration. However, as the saying goes, you don’t drive cars on paper, and it’s apparent to us that the Polestar 2 is more than the sum of its parts. It’s not just a compelling electric car; it’s a really compelling car.

Wed Aug 19 , 2020
Welcome to SHIFT Basics, a collection of tips, explainers, guides, and advice to keep you up to speed with mobility tech. There was a time when having an infotainment system and satellite navigation in your car was a luxury. Now, thanks in part to computer components being more affordable and […] 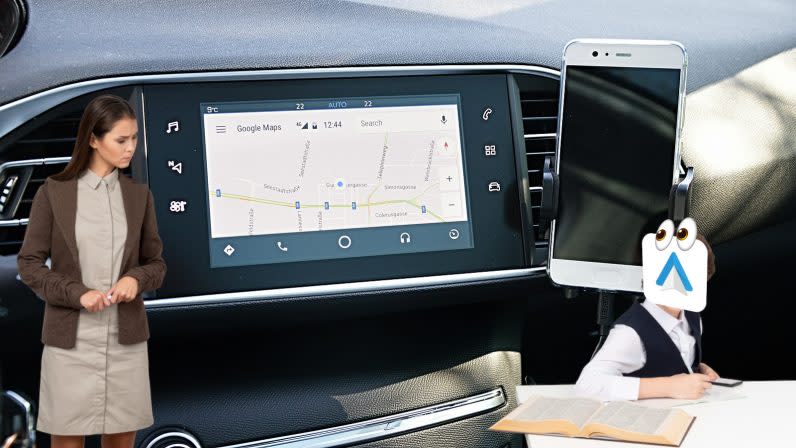