The Motorious editors kick off first podcast episode with some popular topics.

Here at Motorious, we get a lot of questions about certain stories. To further explore topics that need a little more attention, the editors hopped on for a chat. Here’s what we covered:

Recent reports have been circulating about people finding AirTags on their vehicles, and one model reported finding one in her bag. Something about this doesn’t pass the sniff test to me. While Steven doesn’t seem quite as skeptical, it doesn’t seem likely that someone would affix an AirTag to a car in a parking lot, instead of just lifting it. If you need proof how quickly it is to steal a car, watch a Hellcat get stolen in 8 minutes here.

Car thieves, like most criminals, are opportunists. They might note a Hellcat pulling in a driveway and come back later that night, but this is a little unbelievable when they could just steal the car from a parking lot. One story outside of Detriot seems pretty credible about finding the device, but why are they quick to assume it’s to steal the car? Yes, car theft is insane right now, especially around Detroit, but I haven’t heard anything to compel me that the use of AirTags is contributing. I’m not going to give anyone any ideas here, but there are easier ways to track a car, and easier ways to scout one to steal.

January is a big month for people planning for the first quarter, and setting budgets for the year, but here at Motorious, things aren’t always so suit and tie. Here are the top headlines you asked about this month.

An absolutely embarrassing video of a thief driving a stolen Porsche 944 on a sidewalk in Seattle is making the rounds. While it’s shocking to see a criminal pull off such a stunt, what’s even worse is that Seattle police just stood there and watched him drive off. This is what passes for law enforcement in Washington’s biggest city. See it here.

While the tornado which hit Bowling Green, Kentucky was a horrific event primarily because of the homes and livelihoods which were lost, we and many other enthusiasts mourned the loss of the rare and highly sought after C8 Corvettes damaged in the storm. Some were hoping GM would sell those mid-engine sports cars at a reduced price, kind of like when you go to a dent and scratch furniture store, but that was never in the cards. See it here.

You can’t call yourself a car person if you don’t spend endless hours looking at cars for sale online, it just comes with the territory. From Joe Dirt obsessing over the prices of Hemis in Auto Trader, to the top, most elite concours judges and million dollar car collectors in the world, we all do it. So when Joe Rogan actually pulled up his screen and started browsing for cars, we got that lit up feeling wondering what we was going to find. What was even cooler is when he landed on Vanguard Motor Sales, a SpeedDigital client, we were star struck to know he browses the same sites we do. See more here.

Everyone will tell you to stay out of the comments section, but we don’t listen. In this episode, we talk about a few interesting comments about a DeLorean with LS engine, the Callaway C7 Corvette being a better looking car than the C8, and more. We want to hear your comments, so drop them off with us, and we might read them on the show.

A lot of wild things have happened in automotive history, and this week we talked about the tragic killings of the iconic Mickey Thompson and his wife Trudy. When the could were leaving their home, just like any other day, they were gunned down by two people wearing hoods, who rode off on bicylces. To this day, the identies of the two are unknown. What is known is that before this, he had a falling out with his business partner, Mike Goodwin, and Goodwin was ordered to pay Thompson $800K by a court of law. After the judgement, the killings occurred, and Goodwin fled to the Caribbean and transferred a ton of money to a Caribbean account. When he mysteriously turned up in California in 2001, he was arrested, and then convicted of ordering for the assassinations later in 2007. Read the full story here.

On the Lighter Side…

We don’t want to leave you bummed out every episode, so each episode, we’re going to leave you with some cars to check out in our inventory. Without compairing notes ahead of the show, Steven and I both picked SRT powered vehicles, from two totally different sides of the automotive spectrum.

For me, it was a 2015 Dodge Charger Police Pursuit with a Hellcat swap that I’ve been trying to talk John into letting me get, but can’t quite convience him we need two Chargers from the same generation. This Hellcat powered cop car might not having the flashing lights, but the 707-horsepower car has a spotlight, toggle switches, and a weapons shelf in the trunk. On top of that, it’s suprisingly affordable, far less than what I paid for my Hellcat. You can check it out here, but also feel free to go comment on John’s articles to let me buy it, he’ll have no idea where the comments came from.

Steven picked a 2004 Dodge Ram SRT-10, which I was expecting a truck, but something a little more off-road ready, but this truck is seriously impressive. The SRT-10 Ram was a brilliant vehicle from Dodge. They dropped the Viper engine in and gave it some performance features. It was really the start of SRT’ing everything. We’d love to see this Viper with a bed race the TRX, can someone make that happen? Check it out here.

That’s all for now, of course there’s ton of other stories to cover, and you can find those on our site everyday. Drop us a comment and let us know what you think.

You can also listen to it on Spotify and anywhere else you get podcasts.

Wed Jan 26 , 2022
CHICAGO, Oct. 6, 2020 /PRNewswire/ — BabyQuip, Inc., the major child equipment rental business in the US and Canada will now be giving lengthier time period baby gear rentals by way of Inhabitr, the quickest growing on the internet home furniture rental organization in the US. The preliminary start is in […] 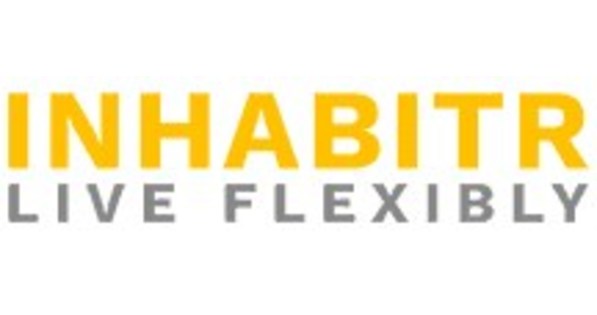