From Car and Driver

From the August 2020 issue of Car and Driver.

It’s been six months since I went to a car show. As of this writing, I have not Meetup-ed, fun-runned, spring-flinged, drive-in-ed, or car-cruised—at least not with anyone else—in a long dang time. The closest I’ve come to a Cars and Coffee event was sitting in a Hyundai Sonata with the car’s Sounds of Nature setting set to “Open-Air Café” while I drank a latte out of a Don Garlits Museum of Drag Racing mug.

I didn’t expect to miss car shows. I’m not an early riser and I hate washing my car. Since I’d never thought I was a car-show fan, I’ve been surprised to find myself daydreaming about standing around in a parking lot surrounded by raised scissor doors and polished chrome while a bunch of strangers tell one another performance lies and production numbers.

Virtual car shows, while a nice idea, don’t do it for me. It’s just looking at cars on the internet. That’s not a car show; that’s Tuesday. I have tried faking it in my own yard by setting my alarm for an ungodly hour, parking the Challenger next to the Trans Am, and then backing the ’69 Dodge Polara into the space between them. But without the judgmental eyes of 30 fellow enthusiasts watching my progress, it just doesn’t have the same thrill. Also, I stood there for maybe half an hour and nobody asked me what’s under the hood or told me their uncle had the same car when they were growing up. It’s those little details that make the experience.

Plus, the cars in my yard were too familiar to be exciting. Part of the fun of a car show is getting a chance to see rare machines up close. I found my exotics while following car-drawing tutorials on YouTube, during which I spent a full 20 minutes thinking about the McLaren Senna’s complicated door profile. The Art for Kids Hub and Cartooning Club How to Draw channels became my muses because they had the simplest instructions and I am too simple for anything that isn’t. All that drawing took me back to fifth-grade math, where the kid who sat in front of me spent the entire period doodling dramatically bewinged fantasy rides. I did not, however, discover any talent for automotive art.

So I went for a walk. If I go left at the end of my block, there’s a ’69 Chevelle on the next corner. Two blocks over, there’s a guy who does automotive upholstery out of his garage, and there’s always something parked out front waiting for a new headliner or custom seats. Today it’s an Iso Grifo (the small-block version) and a ’90s Mercedes convertible that I can just see the corner of. Go past the Greek Orthodox Church and you’ll see a street-parked Duster, no, wait, Dart Sport, a ’71 Mustang—those big ponies are growing on me—and a house with three Jaguar XJS models. One is under a car cover but still easily recognizable. Nothing else has that drooped outward-slanting rear end. There’s another covered car in the Jag owner’s driveway, something newer judging by the roof antenna. A Volkswagen Beetle? No, longer. A Jetta, I think. Interesting combo.

Across the street is a gold Monte Carlo, and two blocks east, there are several driveways in a row with mystery cars under covers. I’d bet money the first is a ’60s Mustang, and some texting back and forth with my buddy Brandan locked in one of the others as a second-generation Chevelle. At first, I thought it might have been a Buick, but then Brandan pointed out the edge of a Chevrolet rally wheel.

On the way home, passing a Manx buggy, a lemon-cream-yellow Mercedes 300D, and about 15 different Ford and Chevy pickups with Hollywood-worthy patinas, I felt energized, the same as if I’d had a good day at the Best of France and Italy or a nice night at Bob’s Big Boy. I’d soaked up new car knowledge, I had a fresh list of cars I wanted to research further, and I’d shared the experience, albeit over the phone, with a friend. I’m hoping to be back at real car shows soon, but it’s nice knowing I can make one happen every time I walk through the neighborhood. I’m thinking of printing up some cards to leave in my neighbors’ mailboxes. “Nice car,” they’ll say. “What’s under the hood?”

Coolest Cars For Sale As Summer Keeps Up The Heat

Sun Aug 16 , 2020
⚡️ Read the full article on Motorious Here are the coolest cars for sale to cool you off this August! The classic and collector car market is a fantastically diverse tapestry of vehicles from every breed and era. Delving into the classifieds reveals some real gems waiting to find a […] 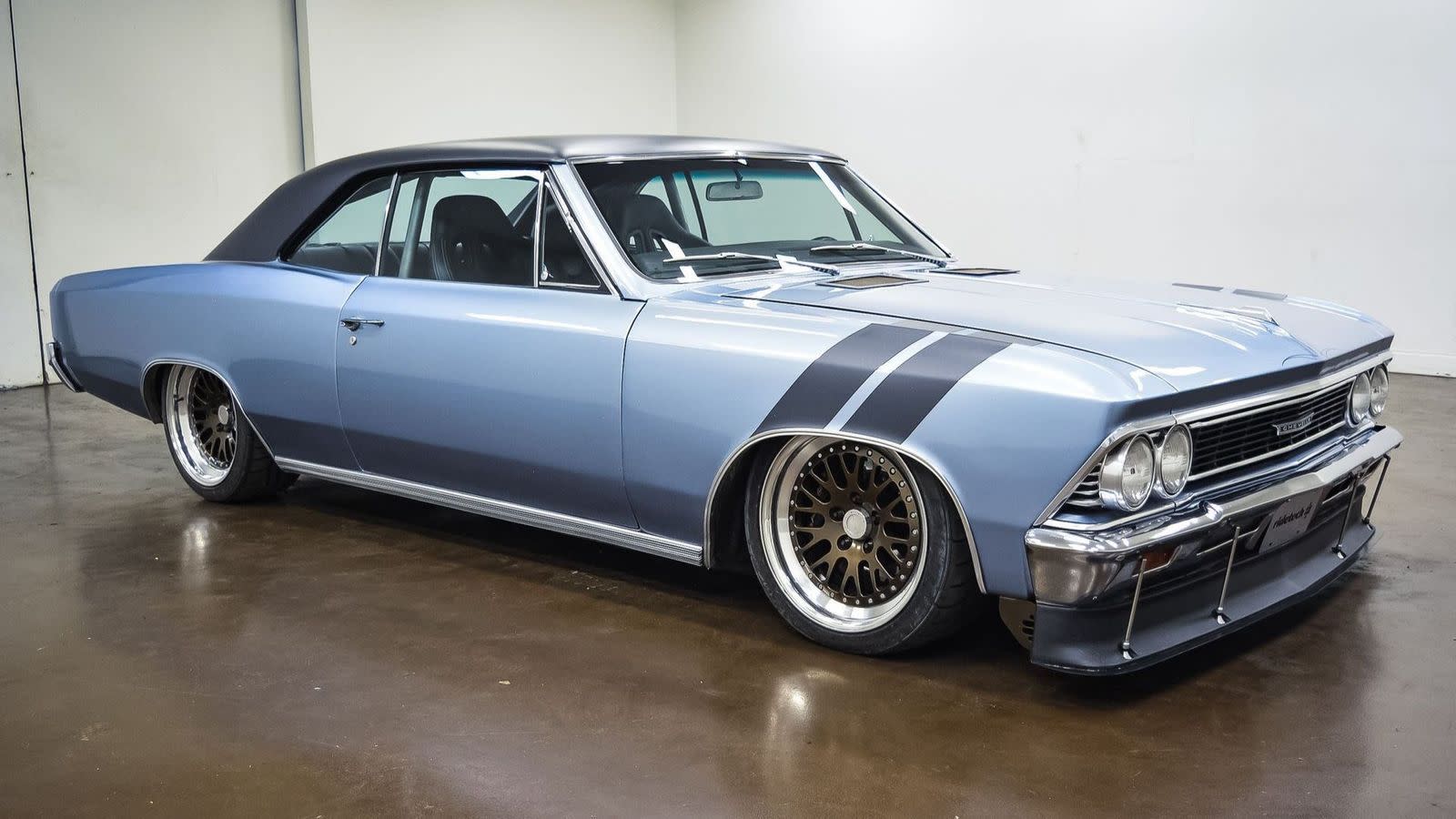