The number of new cars registered in April slumped to a post-War low of just 4,321 as demand was hammered by the lockdown, although electric vehicles surged in popularity during the month.

Total sales plunged 97.3pc from a year earlier, when 161,064 cars were registered to buyers.

The collapse highlights the intense pressure on Britain’s £82bn automotive sector, which employs 823,000 people and is a key driver of prosperity across swathes of the country.

For the first time, the bestselling vehicle was an electric Tesla – a success which demonstrates how the market for conventional cars has been completely turned upside down.

It comes just days after separate data showed the number of cars rolling off UK production lines fell by almost 40pc to 79,000 in March. Almost no manufacturing is thought to have happened in April due to a wave of factory shutdowns.

There is already talk about how the industry can be jump-started after going into Covid-19 hibernation, with the National Association of Franchised Dealers calling from a state-backed support package in a mirror of similar moves on the Continent.

In  Germany – where the automotive industry employs more than 3m people – BMW, Mercedes and Volkswagen bosses appealed to Angela Merkel for a “cash for clunkers” scrappage scheme in which the state would subsidise purchases of new cars.

The German Chancellor declined to take immediate action, but has set up a working group to discuss economic stimulus measures which is expected to report on its findings in June.

Developments in Germany – Europe’s largest car producer – came as VW warned prices of car components are rising as coronavirus puts pressure on suppliers operating at a fraction of their normal capcities.

In the UK, dealerships have been closed since late March as part of measures to combat the coronavirus pandemic, making it almost impossible for car makers to sell vehicles.

It is understood that several leading car dealer groups in Britain are considering laying off up to a quarter of their staff as result.

The vast bulk of cars were sold during the month were via online and telephone transactions, mainly to key workers, front-line public services and companies.

The handful of sales to private buyers were further complicated by confusion over how vehicles could be delivered without breaking social distancing measures.

Data collated by the Society of Motor Manufacturers and Traders (SMMT) showed that  fleet orders made up 71pc of total vehicles sold, with private buyers registering just 871 cars.

Electric cars topped the best-seller list, though the minuscule amount of cars sold skewed the data.

Tesla’s Model 3 electric car massively outsold rivals last month. The vehicle, which company founder Elon Musk hopes will bring electric motoring to the mass market, notched up 658 sales during the month – almost twice as many as the next best-selling car.

The Model 3 – which starts at £39,000 in the UK – beat Jaguar’s I-Pace into second place. The I-Pace costs £64,000 or more and is the first fully-electric car from Britan’s biggest automotive company. It landed 367 sales.

It is the first time two electric cars have topped the best-seller list in the UK.

Together, the two electric cars outsold the rest of the top, racking up 1,025 sales between them compared to 900 for the other eight constituents of the chart.

That such small numbers of sales could send cars to the top-sellers list underlines the chaos in the market.

SMMT chief Mike Hawes said: “A strong new car market supports a healthy economy and as Britain starts to plan for recovery, we need car retail to be in the vanguard.

“Safely restarting this most critical sector and revitalising what will, inevitably, be subdued demand will be key to unlocking manufacturing and accelerating the UK’s economic regeneration.”

The SMMT also downgraded its forecast for the full year in light of the sales collapse. The industry body is now predicting 1.68 million new cars will be registered during the whole of 2020, a 27pc decline on last year.

Jim Holder of What Car? described the sales figures as disastrous, but not unexpected.

Across the Channel, sales in France dropped 88pc  in April. Italy and Spain were hit harder with their markets falling 97pc and 96pc respectively.

David Borland, of consultant EY, said that the decline may only be temporary.

He said: “On a positive trend, countries that were hit by Covid-19  before Europe are seeing a return to typical buying patterns.”

Sales were up more than 10pc last month compared to a year earlier in China, he said.

Tue May 5 , 2020
In attempts to control the spread of the coronavirus and the COVID-19 pandemic, India has been been on lockdown since March 25 and will continue to be locked down until May 17. Like other countries in similar situations, India’s economy has been suffering clinging to life as a result. According […] 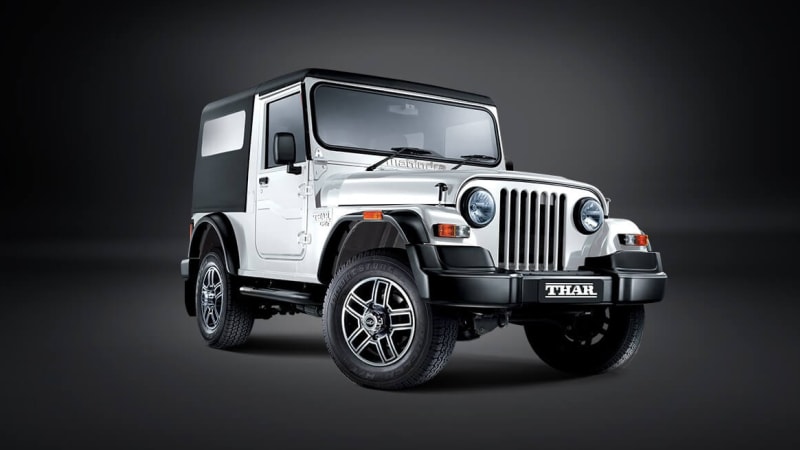