When Gordon Murray’s long-awaited McLaren F1 successor, the T.50, debuted last month, around two-thirds of the planned 100-car production run was sold out. Forty-eight hours after the debut, the rest were spoken for, and hundreds more are waiting with the hopes that a build slot opens up.

“The reception to the T.50 has been a bit startling, to say the least,” Murray tells Road & Track. “I don’t know what I was expecting, but it’s incredible to have that many people out there that appreciate an N/A engine, a manual gearbox, and a pretty car.”

Murray is rightly pleased that his approach to a supercar—eschewing big performance figures in favor of an engrossing driving experience—has its fans. And that it’s got enough people lining up to pay $2.6 million to own one. If you want a T.50 of some sort, Murray says around half of the 25 planned examples of the T.50S race car are still available, so call up GMA today if you want one.

GMA will start building T.50 prototypes soon, with a full regimen of real-world vehicle testing planned before production. Murray tells us the first prototype for the T.50’s Cosworth 4.0-liter V-12 should fire up this week, and 13 prototype cars will be built in the coming months. Some of those prototypes will end up being destroyed, but GMA will build and keep three pre-production cars for marketing purposes. Interestingly, Murray isn’t allowing any of GMA’s directors—himself included—to buy a T.50. If they want one, they’ll have to buy and rebuild a prototype.

Some of the T.50 development team will shift their focus to the T.50S, with the road car set to enter production in January 2022, and race car following around a year later.

Sat Sep 5 , 2020
It’s been one month since the Gordon Murray Automotive T.50 was fully revealed. We’re still reeling from learning about how stupendous it is, but Gordon Murray has gone and one upped himself again today. In addition to the road-going T.50, there will also be a track-only T.50s.  The name “T.50s” […] 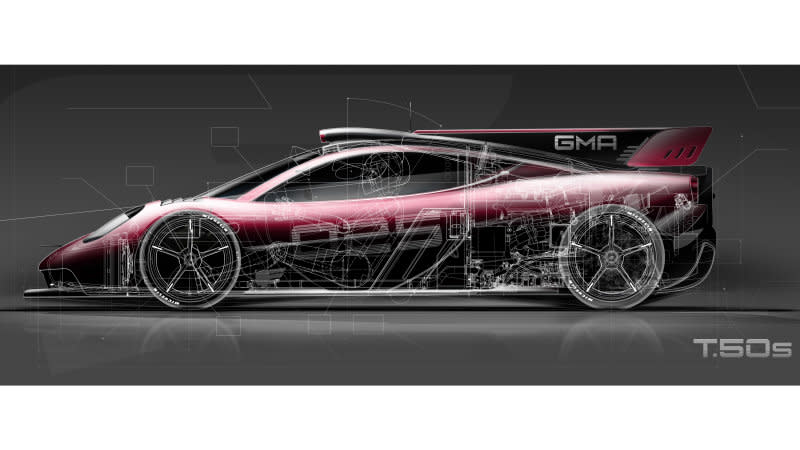