WASHINGTON — U.S. auto safety regulators are investigating whether a Ford dealership in New York complied with federal regulations requiring dealers to not deliver a new vehicle with an outstanding safety recall.

NHTSA said it had received information indicating that Healey Brothers Ford in Beacon, N.Y., sold at least one new vehicle to a customer without performing required recall repairs, according to a document released Tuesday.

A message seeking comment was left with the dealership.

The vehicle covered by the probe is a 2021 Ford Escape compact crossover, which was recalled in August for fuel delivery modules that may leak inside the fuel tank, potentially causing an engine stall. The recall affected nearly 14,000 Escape and Lincoln Corsair vehicles from the 2021 model year and 2021-22 Bronco Sport crossover.

Ford notified dealers Aug. 11, according to the safety recall report.

“Ford is aware of NHTSA’s audit inquiry and will be cooperating as we always do,” Ford spokesman Karl Henkel said in a statement to Automotive News. “While Ford dealers are independently owned, Ford communicates all recall information to dealers and customers in a timely manner as required by NHTSA.”

The agency, in the document, said it was investigating whether the dealership has complied with the requirements of the National Traffic and Motor Vehicle Safety Act, which requires manufacturers to notify their dealers of defects related to vehicle safety and noncompliance with federal regulations. Dealers, in turn, cannot deliver a new vehicle that is subject to a recall until it has been fixed, NHTSA said.

“Safety recalls are issued because a manufacturer has identified a safety defect that could pose a danger to drivers, passengers and others on the road,” a NHTSA spokesperson said in a statement to Automotive News. “NHTSA takes safety recalls very seriously and urges everyone to have open safety recalls repaired as quickly as possible. Because unrepaired recalls are a safety risk, it is illegal for a dealership to deliver a new vehicle with an outstanding safety recall.”

With the investigation, the agency said it was seeking additional information to determine whether Healey Brothers Ford “has complied with the prohibition on delivery of new vehicles with open, unrepaired recalls,” the spokesperson said. 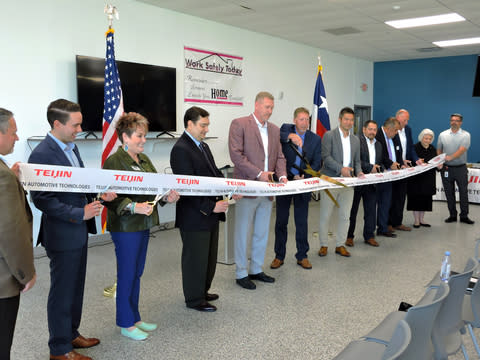