From Car and Driver

From the September 1992 issue of Car and Driver.

“Although the past may not repeat itself, it does rhyme.” -Mark Twain

If, like us, your recollection of automotive lore‑the firing order of a 1970 Boss 302, for example—exceeds your recollection of ninth-grade algebra, then the green and yellow livery of this Lotus Esprit Turbo SE should rhyme. Okay, so it’s more Ginsberg than Frost. But it should at least set to murmuring a tiny voice in your head that says, “I’ve seen this before.”

And you have. Although you may not see it again, because Lotus will build only twenty of the Esprit Jim Clark Limited Editions pictured here.

With the exception of the Lamborghini Diablo and, well, a Trabant, this rare and gaudy Lotus draws more comments than any car we have recently tested. Five teenagers in Hardee’s parking lot jump, twitch, and fidget, waiting impatiently for the driver to return. They ask, “How much, how fast, how come?”

Good questions. What is the attraction? It may be this car’s seductive, enduring shape, which has cut a cuneiform figure since its styling genesis in 1975. It may be the hen’s-tooth rarity of the Lotus name—only 150 Esprits were sold here last year. Or it may be the fluorescent-yellow pinstripes and chrome-yellow wheels affixed to a fiberglass body slathered in BRG.

Which is what makes this Esprit familiar. If you are 30-something, you will know that BRG stands for British racing green, a hue most closely associated with Lotus’s racing cars—notably the classic models 25 and 38. It was the mid-engined 38 that won the 1965 Indy 500 with Scotsman Jim Clark aboard. That none of us witnessed any front­-engined cars clouting the wall during this year’s Indy foot-smashing festival is largely the handiwork of Lotus and Clark, the Lewis and Clark of aft-engined racing cars.

With this limited-edition Esprit, Lotus commemorates its win at lndy 27 years ago. That the car is intended to mark the 25th anniversary of the victory is, well, British eccentricity. And, what the heck. Lotus imported exactly zero 1992 models, and no one so much as bleated, so who’s counting? No matter what, this Lotus is genuine, God-save-the-Queen British racing green—a tint that is lighter, more yellowish, and (how to say this delicately?) less lustrous than the corrupted BRG on successors like Mazda’s top-dollar Miata.

In addition to the provocative paint, the Jim Clark package include a cockpit awash in gold Connolly leather with green piping. Embossed on each headrest, beneath a checkered flag, is the legend “INDIANAPOLIS 1965.” Buyers also get a dash plaque (ours indicates we’re driving car number sixteen) and a framed steering wheel exactly like that in Clark’s Indy­winning Lotus 38. That wheel is red. (Hey, you want logic, buy a Honda.) Unlike a previous Esprit we tested, this one features as standard equipment a driver-side air bag in a steering wheel lifted from a Pontiac Bonneville (the only clue that GM has clout in Hethel), as well as anti-lock brakes and a three-year unlimited-mileage warranty. Which may allay fears about the Esprit’s spotty mechanical record.

The Jim Clark package tacks $2200 to the price of a standard $93,795 Esprit Turbo SE. Study classified ads, however, and you’ll soon see that spanking-new Esprits today fetch around $57,000 in showrooms, sometimes less, once the haggling concludes. As of June 5, we know of one Jim Clark Esprit carrying a $59,500 ticker (not including freight and luxury tax). Think of it as a $30,000 rebate.

Like the country from which it emanates, this automobile tends to be cranky, crusty, quirky, and occasionally hilarious. It is the world’s only supercar with a four-cylinder engine, for example—and a rough one, at that. This 2.2-liter alloy brute is turbocharged to within a millibar of its Anglo-Saxon life, producing 264 hp at 6500 rpm. Stressed? Like Roberto Guerrero on the pace lap. We’re talking serious specific output here: two horsepower per cubic inch. If a Corvette ZR-1 ‘s engine were similarly tweaked, it would produce 698 horsepower.

At full trot between 3000 and 5000 rpm, the 2953-pound Esprit feels as if it were loaded with a V-8 gulping a cubic yard or two of nitrous. Sixty mph is yours in 4.8 seconds—so fast that, the first time I tried it, I muffed the shift to second. I missed the entire gear selector, in fact, as my forearm was flung in a direction opposite the car’s. Four-point-eight seconds is one-tenth of a second quicker than a ZR-1 with twice as many cylinders or a Ferrari 512TR with three times as many. The Esprit goes on to polish off the quarter­-mile in 13.4 seconds at 104 mph-quicker and faster than either an Acura NSX or a Ferrari 348. And the Lotus’s top-gear acceleration from 50 to 70 mph, a scant 7.6 seconds, is strong enough that you can even perform most passes without down-shifting. Given about 50 yards or so of clear passing lane, this Lotus simply scorches past dawdlers in one explosive squirt. Its 50-to-70 time, in fact, bests two other turbocharged exotics that are both pricier: the Porsche 911 Turbo and the Ferrari F40.

Attaining that speed is another matter, however, like coaxing Mike Tyson to sing Ave Maria. Below 3000 rpm, the Esprit’s four-valve engine bogs, bucks, and balks, delivering little useful torque. Study this car’s street-start figure: a comparatively lazy 6.6 seconds. To clock a 4.8-second run to 60 mph, we had to sidestep the clutch at 5500 rpm to maintain four-alarm boost. The result? Tire smoke, wholesale driveline trauma, and the car’s nose alternately seeking ditches on both sides of the track. Had we personally invested $95,995 in this particular automobile, we would not reenact this technique every Sunday.

True to Lotus tradition, there’s plenty of quirkiness here. The Sony XR-7070 radio and the ventilation control are largely inaccessible, for example, when the gear lever is in fifth. The engine consumed four quarts of oil in 2000 miles. And the gun-slit that passes for a backlight, neatly bisected by the rear wing, make rearward vision a four-to-one bet in favor of Seth’s Volare. When a car is hard on the Esprit’s tail, what the Lotus’s driver mostly sees is a slice of bumper and grille, instead of what he needs to see, which turned out to be red lights flashing atop a Georgia State Trooper’s Caprice. I pointed out to him that the Lotus’s seven VDO gauges are confusingly crammed amidst the burr-elm instrument binnacle and that the speedometer’s three-inch-diameter face is clogged with 170-mph worth of digits. It was an excuse he had never heard before. He gave me a warning.

And yet…and yet, there is much to covet here, too. The cabin’s intoxicating leather might gain the approval of even the bovine from which it was snatched. The pedals are perfectly aligned for heel-and­-toeing. The seats, during the 800-mile drive from Atlanta to Ann Arbor, were more comfortable than those in a Carrera 4. And the steering, although heavy, is Formula Ford fast and as accurate as Mark McGwire in mid-swing. To top it all off, this latest Esprit goes into gentle predictable understeer when it reaches its lateral limits—an endearing trait from a car that encourages your direct and delinquent participation all the way to 158 mph.

Given this Lotus’s “street price” of about $60,000, it is tempting to compare it with the like-priced Acura NSX. The Esprit’s shape, arguably more avant-garde despite its age, consistently pegs the gawk meter. What the NSX boasts in ergonomics the Esprit counters with rich, Jaguarish cabin appointment . And what the Esprit lacks in engine refinement—which is a lot—it angrily regains in raw speed. An Acura owner who challenges this Lotus to a stoplight drag will find, in under five seconds, that his NSX has become an ex.

Still, you may want to wait. For the 1994 model year, a new Esprit should appear. It will ride on the same backbone chassis but with dramatically new skin and a V-8, Lotus having finally accepted that a four-popper in a supercar is about as desirable as a Topolino in Topeka. Us? We can wait, probably. History may, indeed, repeat itself but hardly ever in BRG with yellow pinstripes.

Sat Jun 27 , 2020
2918 Nissan Rogue Sport. Nissan Car search engine and automotive research firm iSeeCars.com created a list of 15 vehicles that saw the greatest used car sale growth from May 2019 to May 2020. The list also included the vehicles’ respective month-over-month growth in 2020 from April to May. iSeeCars.com’s list — […] 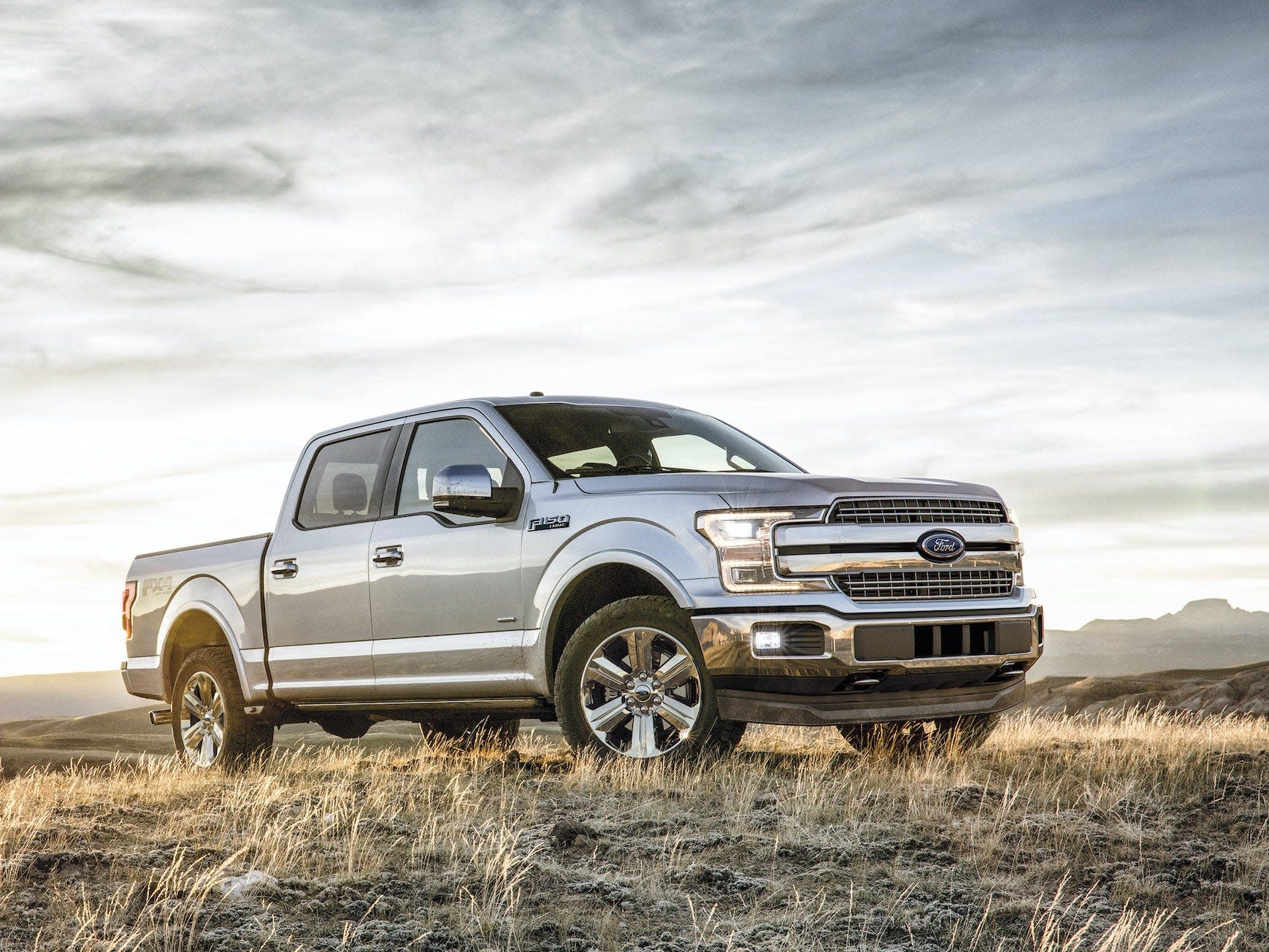