Researchers with the University of California, Berkeley, are pouring cold water of the premise that electric vehicle charging stations will require less maintenance than traditional fueling solutions. The study, which examined 657 individual connectors between 181 public fast-charging stations in the San Francisco Bay area found that about 23 percent were nonfunctional.

That seems quite a bit higher than the number of fuel pumps that might be down at any given station, though the pertinent question is why those EV charging points were inoperable.

Unlike your local gas station, which is likely to include a manned store, EV charging points are often dotted around parking lots and highway exits without much daily oversight.

Your author once stayed at swanky hotel in downtown Seattle and found that four out of six parking spaces equipped with chargers were out of service in its underground garage. Curious, I inquired with the front desk who was responsible for their upkeep and was told by numerous employees that they weren’t sure. Eventually I was informed it was down to the company originally contracted to install them. But that it only sent a person out once every other month unless they schedule some additional servicing. They apologized profusely for any inconvenience this may have caused me and offered to help me locate a nearby charger — unnecessary because I had arrived in a Jeep Grand Cherokee.

It wasn’t an isolated incident and my curiosity persisted. I began to notice that a lot of the places I would find EV chargers often had at least one bay that was wholly inoperable. But the situation never seemed all that serious because I was rarely driving a plug-in vehicle and there was typically a spot open regardless of how many others were down. Upon questioning acquaintances that daily drove EVs, they said that a bum charger did occasionally cause them trouble. However it didn’t seem to vex them in the slightest unless the incident took place far from home.

Still, having a bunch of out-of-order signs hanging on the latest automotive technologies hardly seems like the best way to spur adoption.

“Chargers need to be working well, and functionality needs to be at a high level for there to be large-scale EV adoption,” David Rempel, one of the Berkley professors that authored the study, told Automotive News. “Do you really expect EV drivers to go to one charger, call the 1-800 number because it’s not working, and then spend 45 minutes going from one charger to the next — and be happy with that? No.”

My assumption that EV chargers simply aren’t getting sufficient maintenance is just one possible explanation. The Berkley study seemed to suggest that at least some charging points don’t offer the kind of longevity their providers have suggested. It’s something the researchers said needed to be looked into as the U.S. government is poised to shower the industry with additional subsidies, including some $5 billion earmarked to expand that nation’s charging network.

The Joint Office of Energy and Transportation, established to distribute those funds to states, is expected to issue minimum standards and requirements for EV chargers in the coming days or weeks. States have until Aug. 1 to submit EV infrastructure plans to the office, which will begin approving plans by Sept. 30 and start to distribute funds, according to a government website.

“The next few months are really critical for the whole process of building a reliable EV infrastructure,” Rempel said. “The auto OEMs should be very aware of this process and ensure that reliability is high, and know that there is a system there to ensure that happens.”

It is not yet clear what standards the joint office, created by the U.S. Energy and Transportation departments following the passage of last year’s infrastructure bill, will adopt.

Rempel said any contracts that states enter into with charging providers should include “good, quality service agreements” that require chargers to be repaired rapidly.

Considering this is a newly created branch of the government that has yet to establish any guidelines for what constitutes an acceptable charging station, something has me worried that the funds might not be used responsibly. So many of these government initiatives seem to backfire (e.g. Cash4Clunkers, Paycheck Protection Program, banking regulations) that it’s hard to feel confident about one that seems to be flying more or less by the seat of its pants.

“The money that’s handed out should be handed out in chunks, and the final piece shouldn’t be handed out to the service providers or owners of the system until it’s shown that all of the chargers work well,” said Rempel.

That sounds like it could be a tall order based on the study — which reported that 73 percent of DC fast charging points checked around San Francisco (between February and March) were considered functional, while 23 percent were deemed “not functional.” A modest but meaningful 5 percent was also considered to have a critical design flaw that made it impossible for the test vehicle to use the station due to the charging cable being too short or otherwise incompatible with the port.

Additional studies, such as the one issued by Plug In America in February, have reported that inoperable chargers were a concern for at least a third of EV owners. Almost as many said the distance between charging stations was also a problem. However, complaints actually declined among Tesla drivers, who didn’t seem to notice broken charging stations. Only 3 percent cited them as a serious concern.

“Out of the box, we need to make sure EV infrastructure works well so it’s not something people point to and say, ‘I’ll wait to move to an EV until the system is better.’ We need to get the infrastructure right from the start, and we shouldn’t be dumping a lot of money into infrastructure that leads to a poor system,” suggested Rempel. “I believe in competition, and to have a competitive system, the whole thing needs to work well. Public chargers need to work well, in addition to the Tesla system.”

Become a TTAC insider. Get the latest news, features, TTAC takes, and everything else that gets to the truth about cars first by subscribing to our newsletter.

Tue Jun 7 , 2022
Taizo Suzuki introduces his barrel plating facility in Nagoya, Japan.Picture credit: All pictures courtesy of MacDermid Enthone Industrial Solutions. One of Japan’s techniques to its success in having a nicely-operate domestic automotive provide chain is the existence of conveniently readily available plating career retailers that can do the job lock-in-phase […] 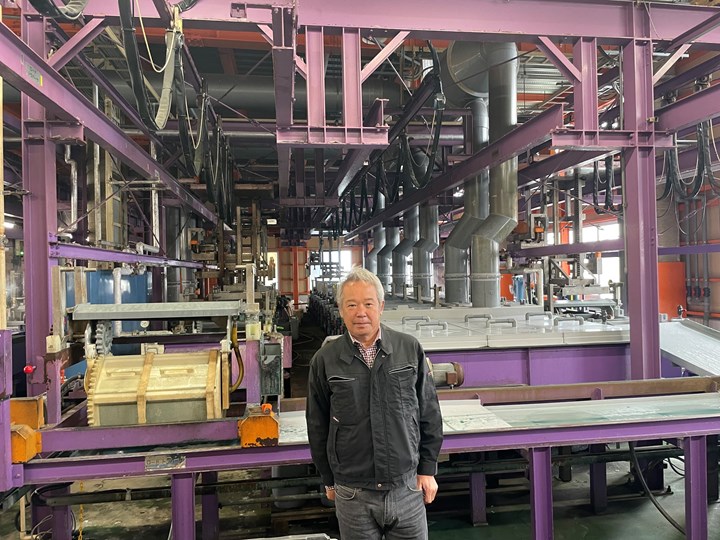